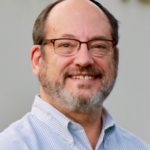 It’s risky to write for our Kehillah in the shadow of current events. When the article is read, probably what motivated it will have been relegated to some misty past, or new truths will have emerged that have profoundly altered our understanding of what happened. But there are some things that become imbedded in our consciousness for long afterwards. Such is the place I find myself as I write in mid-August, in the aftermath of the tragedy that we likely still know by only one word- Charlottesville. Here, in a way never seen before in the modern American experience, hate had a face and a voice that was documented without the customary fear and subjugated shame that had previously been the mask of American Nazism. It was on display for all to see. No hoods, no pixelated faces, no voice altering. Just pure hate and ignorance on parade. And of course, we Jews were prominent targets for that hate.

I hesitated immediately after Heather Heyer’s death to share anything of my personal experience of Jew-hate and prejudice, as it would add very little to the many profound and moving words of both support and outrage that were shared online. But at this moment, I can’t help but think of the older boys in my junior high who tormented me by softly chanting “Jew, Jew, Jew,” the phone calls that came to my house that said “We’re gonna get you little Jew.” But, ultimately, my experience was more of an annoyance and the bullying disappeared once I entered high school. I dare say many of those who mocked me later became friends, even to this day. But never did I expect to see in a public forum what we witnessed the second weekend in August, and I know from my students that what I experienced still goes on.

So how do I respond? How do we as a community respond? I can only offer my personal response- by striving to rid myself from inbred prejudice and ethnocentricity and continuing to build bridges across ethnic, racial, religious, gender, in fact ANY lines that divide us. That’s the world I want to live in. As Bob Marley wrote quoting Marcus Garvey- “Emancipate yourself from mental slavery, none but ourselves can free our minds.” Only then can we be secure enough in our own identity to live without fear.

May our worship together bring us toward that goal, and may we all be inscribed for good. L’shanah Tovah.